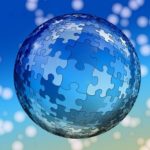 Trillions of microbiome are distinct bacteria that flourish in every single gut. They are now believed to play a substantial role in regulating a person’s overall health. But do we need to ingest large volumes of live bacteria in an expensive probiotic supplement or should we be focussing on small quantities of food ferments called nutraceutical or functional foods? When your gut needs restoration we recommend LACTIS – the safer option. Researched for decades and recommended by top Japanese specialists and clinics.

The latest cautionary note comes in the form of a preliminary study released Tuesday, in which researchers found that melanoma patients were 70 percent less likely to respond to cancer immunotherapy if they were also taking probiotic supplements. The study group was small — just 46 patients — but the findings support broader suggestions that probiotics might actually upset the balance of so-called “good” bacteria in the gut and interfere with the immune response.  April 2 2019

By altering chemical structures of ingested compounds, we now know that gut microbes can mediate the effects of diet, pollutants and pharmaceuticals. This is why caution should be heeded when ingesting large amounts of “live” probiotic Bacteria.

Pieter Cohen, an associate professor of medicine at Harvard Medical School, urges us to consider the harms as well as the benefits. Among immune-compromised individuals, for instance, probiotics can lead to infections.